Goodbye, olive oil: why we’ve all fallen in love with rapeseed 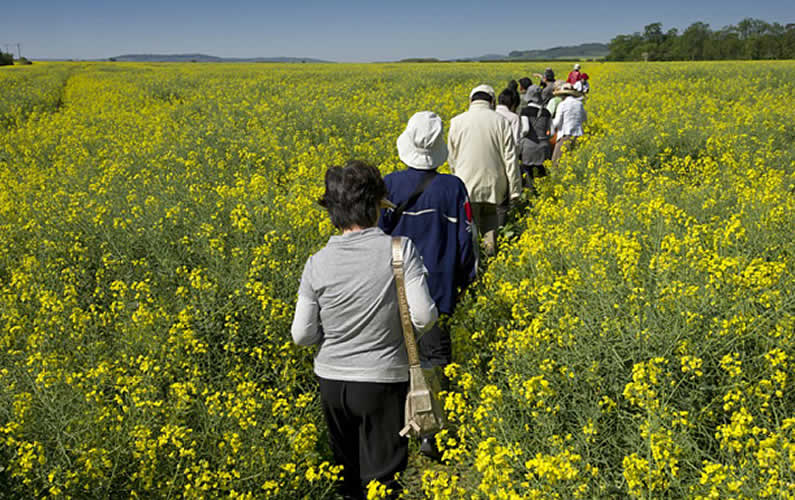 The fields of gold dotting the UK countryside in recent years have been hard to miss, with blooming rape flowers turning the landscape into an ever-expanding vibrant yellow patchwork each April and May. Consumer research group Kantar Worldpanel confirms that demand for rapeseed oil is soaring. UK sales rose by more than 24 per cent in the year to March this year, while sales of sunflower oil, vegetable oil and extra virgin olive oil fell by 3 per cent, 12 per cent and 8 per cent respectively. Rapeseed is now the fastest growing vegetable oil in the UK.

But why are we developing a taste for an oil most of us only recently dismissed as bitter and tasting of cabbage? And could it ever usurp olive oil – the holy grail of gourmet cooking oils – in our kitchens?

One key reason for its rising popularity is that until recently, most of us have only known the cheap, nasty stuff that’s pressed using heat and chemicals, and often labelled generically as canola or vegetable oil. But in the past few years the price of rapeseed oil has risen and UK farmers have spotted a market for high quality cold pressed versions – sometimes labelled premium, virgin or extra-virgin. These oils are altogether different to the cheaper, refined stuff: they are buttery, nutty and – according to converts – delicious.

Another key selling point is the health-giving profile of rapeseed oil. It has the lowest saturated fat content of any cooking oil – half that of olive and is rich in Vitamin E and omega-3 and 6 fatty acids. With a higher smoke point than olive oil, which can be toxic at very high temperatures, rapeseed oil is a better option for frying and roasting.

Fields of gold: the wonders of rapeseed

Perhaps large numbers of us are now putting more thought into what we pour inot the pan, rather than simply reaching for the olive oil.

But despite its rising popularity, rapeseed oil is still a bit of a Marmite ingredient and many consumers are yet to be convinced. According to Sam Fairs, the owner of Hillfarm Oils in Suffolk, many are simply baffled by the range of cooking oils now cramming supermarket shelves.

Sam first spotted the potential for a high-quality single-estate rapeseed oil in 2004 after a neighbour mentioned he had been prescribed it to treat stiff, aching joints. Sam turned some of his fields over to rapeseed and has never looked back, Hillfarm is now one of the UK’s leading producers, selling its cold-pressed rapeseed oil supermarkets and restaurants around the UK.

“Many people just don’t realise that cold-pressed rapeseed oil is a completely different beast to rapeseed oil that is labeled vegetable oil or canola oil,” Sam says. “Those oils have no flavour, colour or provenance, while our oil has a light and nutty flavour, and is very flexible and versatile. It’s a great British alternative to olive oil- and healthier as well.”

Chefs like Mark Hix, Tom Kerridge, Jamie Oliver and Nigella Lawson all sing the praises of rapeseed oil’s delicacy, arguing it doesn’t interfere with the flavour of other ingredients in the way that olive oil does. Rapeseed oil is popping up on restaurant menus across the country, in everything from cakes, chocolate puddings and ice cream to mayonnaise, dressings and a dipping for bread. Chefs are even incorporating the seeds and the green leaves of rape flowers into their dishes.

No one is predicting the end of olive oil as a UK kitchen staple, Kantar figures show that sales of standard olive oil are steady. It will continue to be adored for its lovely flavour, many chefs now consider it a seasoning as much as an oil, and valued for its health benefits. But with recent reports of olive oil prices spiralling after poor European harvests and a bacteria outbreak affecting Italian olive trees, as well as continued concerns about olive oil fraud  – rapeseed oil might be about to have its day in the sun.